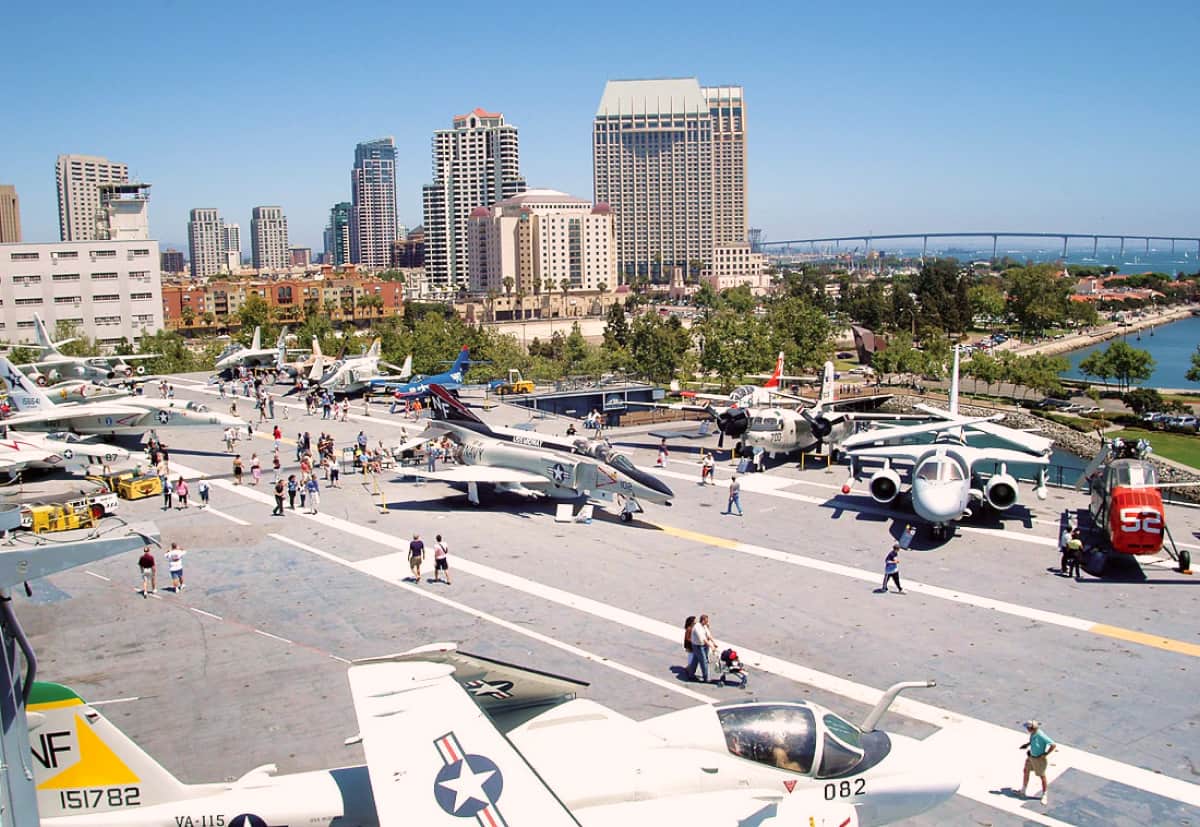 The San Diego USS Midway Museum is a real aircraft carrier and once in a lifetime memory for everyone. Here you can explore the vast expanses of the USS Midway, the longest-serving U.S. Navy aircraft carrier of the 20th century. Imagine living aboard a floating city at sea with4,500 shipmates! Guests can explore galleys, officer’s quarters, sleeping quarters and a variety of aircraft on the 4-acre flight deck. Admission includes a self-guided audio tour to over 60 locations from the engine room to control tower, narrated by Midway sailors who lived or worked in each.

The Midway Museum in San Diego has family-oriented activities for all ages. Check out the new child’s audio tour with content geared specifically for7-12 year-olds, take the kids and explore. Climb-aboard aircraft and cockpits, walk through helicopters, ride three types of flight simulators, climb in bunks, sit in an ejection seat theatre, listen to real pilot conversations during Desert Storm, and take the family to sea without leaving port! 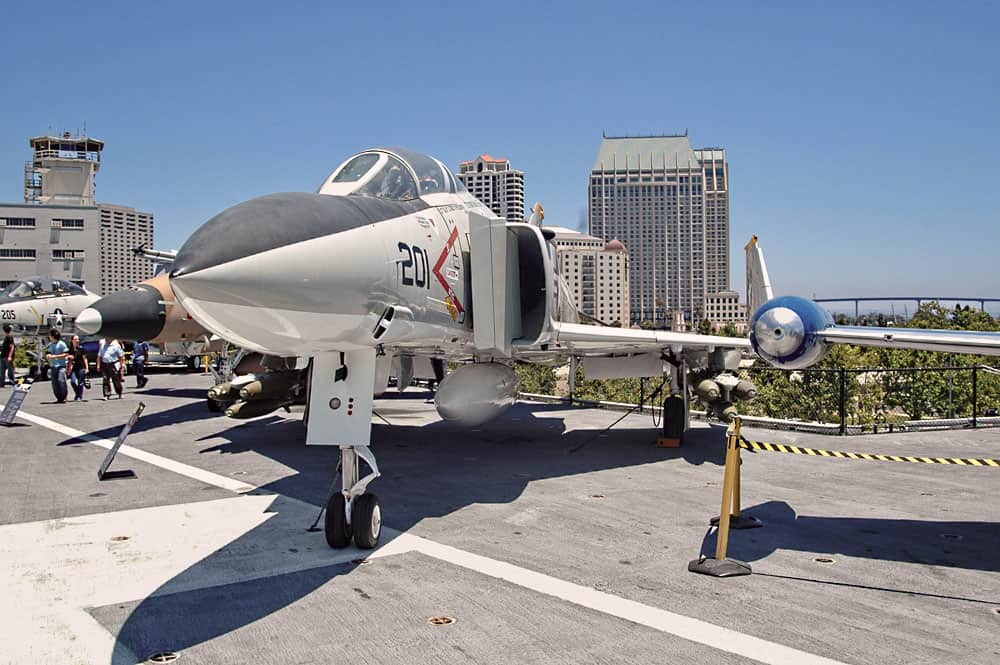 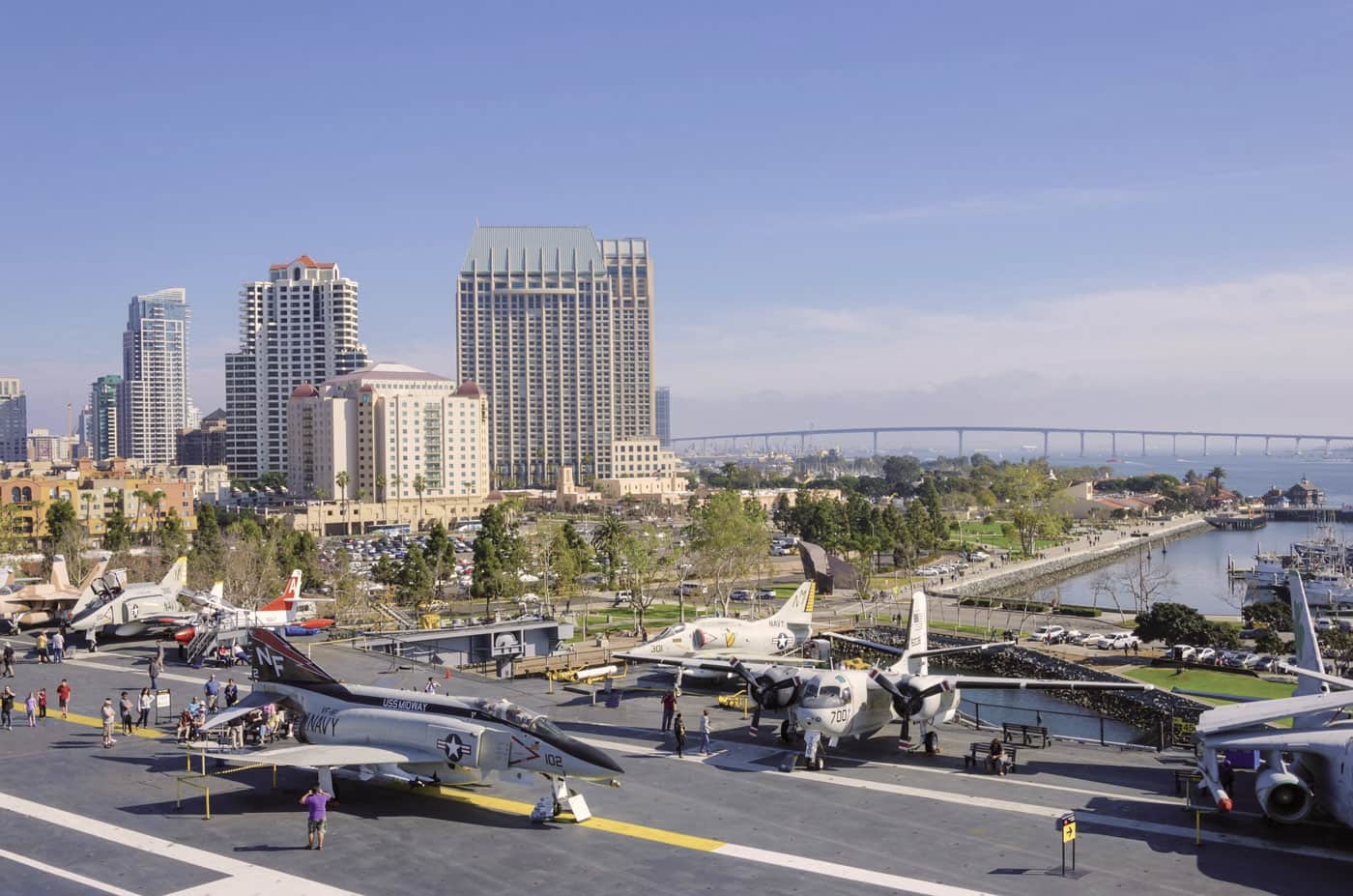