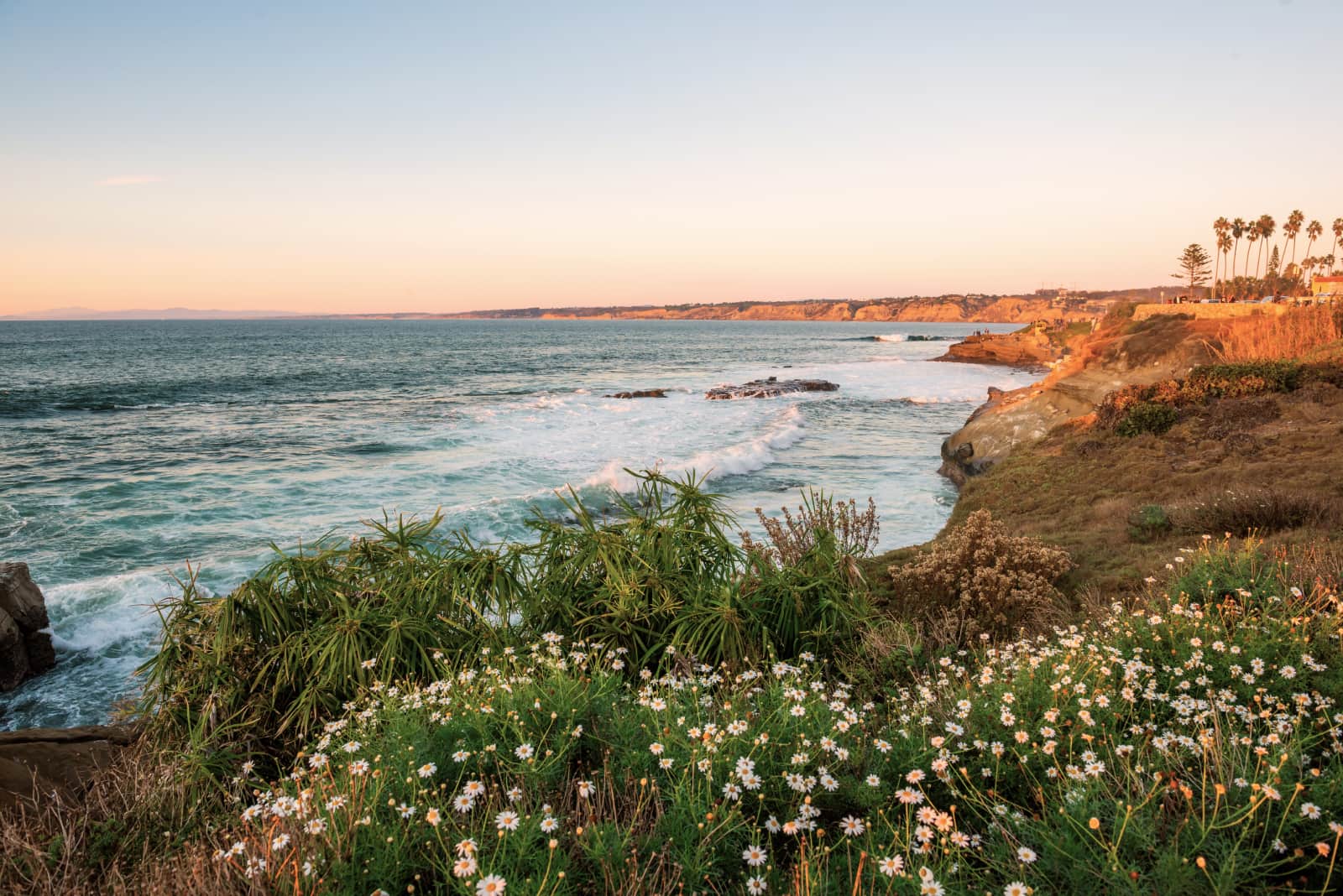 No trip to San Diego is complete without a day (or many!) at the beach. From the calm La Jolla Cove, to the surf break of Encinitas, to the boardwalk of Mission Beach, the famous beaches of San Diego stretch over 70 miles of coastline. Thanks to endless sunshine and warm temperatures, the beaches in San Diego can be enjoyed any time of year.

Chosen as America’s best beach year after year, Coronado State Beach and the iconic Hotel Del Coronado is a favorite of visitors and locals alike. Just a few miles from downtown, Coronado feels a lifetime away. Spend your day basking in the San Diego sun, playing volleyball on one of the permanent courts, or letting your dog play in the waves at the off-leash dog park. Don’t forget marshmallows and graham crackers. Coronado Beach features fire pits perfect for cooking up some s’mores and is easily one of the best beaches in San Diego.

You’ve got a number of beach-filled options when you choose the beautiful community of La Jolla. La Jolla Shores is a mile long stretch of beach popular for both swimming and launching kayaks — thanks to the calm waves. You’ll want to head to the Scripps Pier for the quintessential Southern California photo opp. A little further down the coast, you will come across La Jolla Cove. The coves are extremely popular with kayakers and divers. This is also a popular hangout for seals. Their barking can be heard for quite a distance! For those with young children, the Children’s Pool is great. Protected by a cement seawall, the waves are gentle enough for kids to play without worry. Even the seals agree! Seals and their pups often frequent the Children’s Pool to sunbathe with their young. The area may be closed if seals have come ashore.

When it comes to San Diego beaches, Mission Beach may be the well-known and most visited. Mission Beach features Belmont Park (and the famous Giant Dipper Rollercoaster) and the recently renovated beachfront restaurant, The Wave House. Enjoy a cold beer and burger while you watch experts and beginners test their balance on two man-made wave machines. Mission and nearby Pacific Beach offer a number of great places to eat with anything from small Mexican joints to the popular rooftop of the Ale House. Across the street from the beaches is the quieter Mission Bay. Stand up paddle boarding (SUP) is hugely popular on the bayside, and there isn’t a better place to learn than its calm waters. SUP rentals are available around the area. 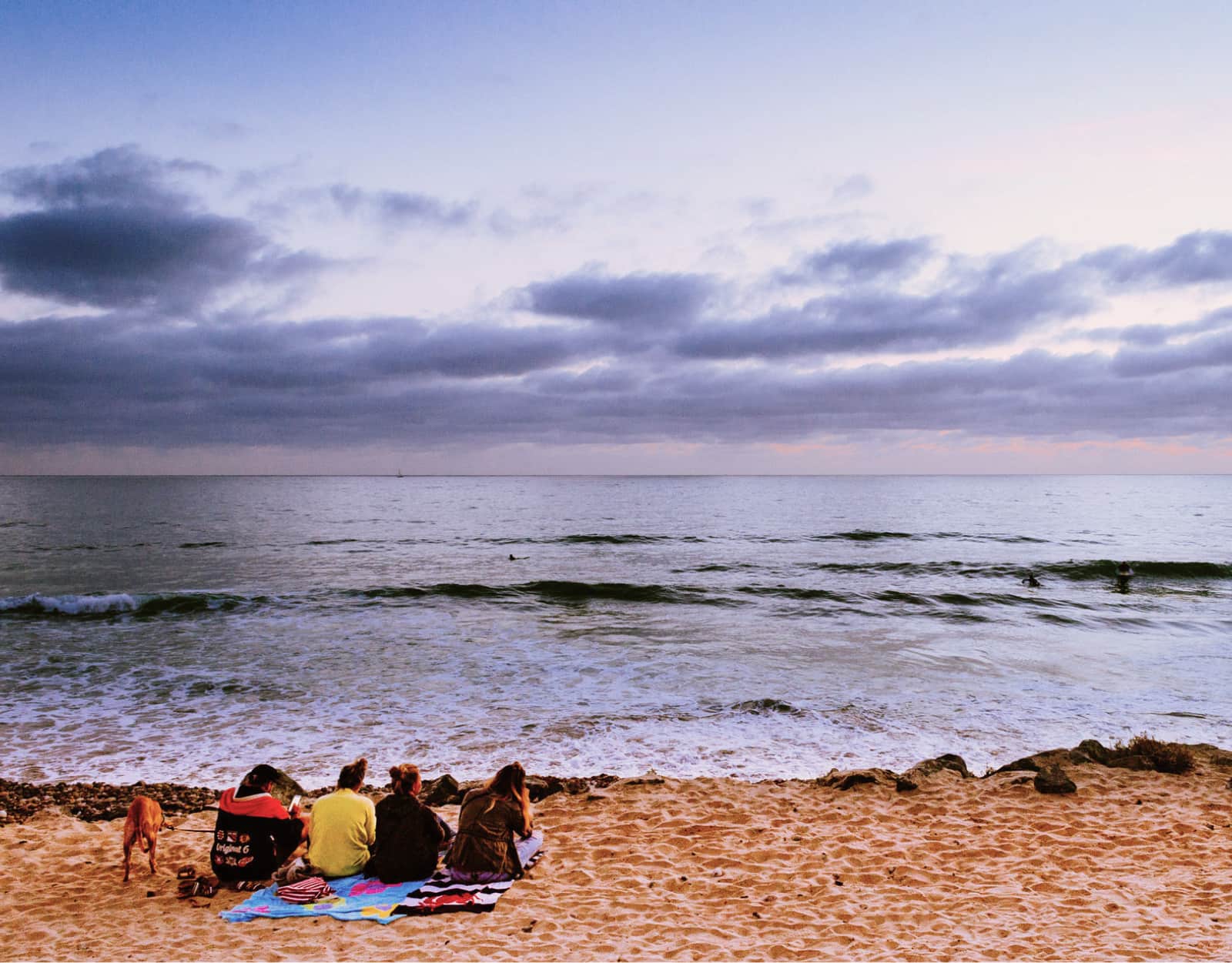